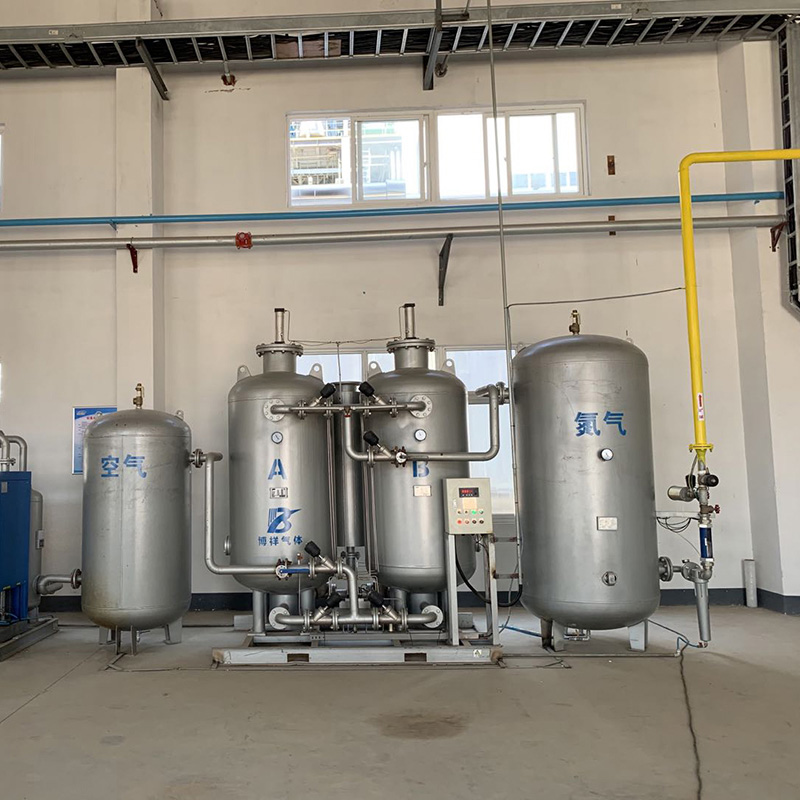 Nitrogen generator  is  use air as raw material, the use of physical methods, which will be oxygen and nitrogen separation and obtain the required gas process.


Send email to us

The whole machine is designed and used for 10 years.Pressure vessels, programmed valves, pipes, filters and other main components of the 20-year quality guarantee.
Rigorous design of application conditions

Under the following conditions, the nitrogen making equipment runs stably and continuously at full load.
Ambient temperature: -20 ° C to +50 ° C
Ambient humidity: ≤95%
Large gas pressure: 80kPa ~ 106kPa
Note: it can be specially designed in the above working conditions
Easy installation and maintenance