high quality psa oxygen generator for industrial use or medical use 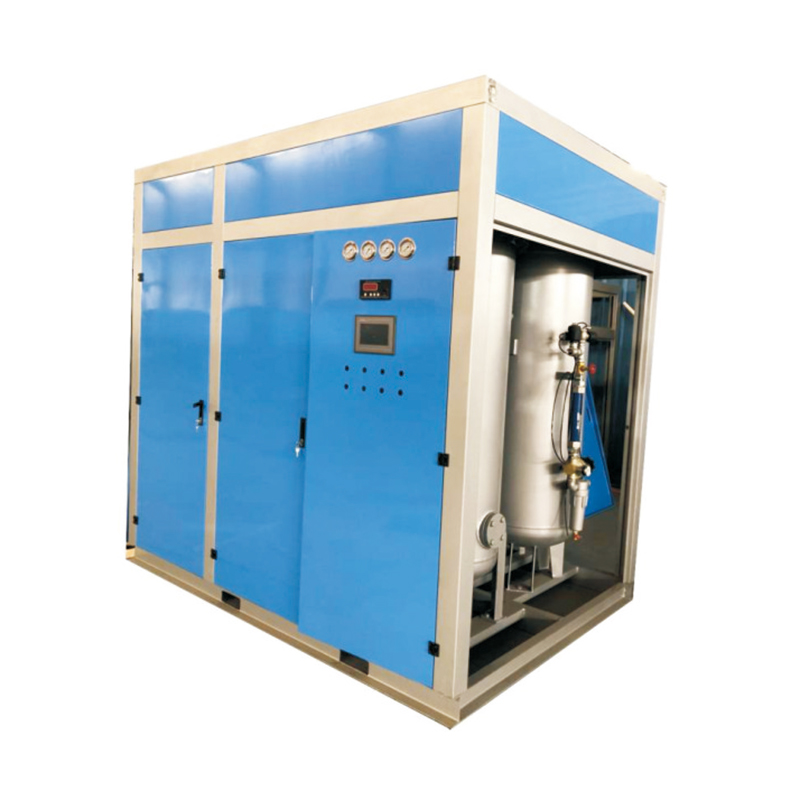 Voltage and Frequency: Meet the requirements of different countries


Send email to us

2. Air storage tank
The function of air storage tank is to reduce airflow pulsation and play a buffer role; Thus, the pressure fluctuation of the system is reduced, and the compressed air passes through the compressed air purification component smoothly, so as to fully remove oil and water impurities and reduce the load of the subsequent PSA oxygen and nitrogen separation device. At the same time, when the adsorption tower is switched, it also provides PSA oxygen and nitrogen separation device with a large amount of compressed air needed for rapid pressure boost in a short time, so that the pressure in the adsorption tower quickly rises to the working pressure, ensuring the reliable and stable operation of the equipment.

3. Oxygen and nitrogen separation device
There are two adsorption towers A and B equipped with special molecular sieve. When the clean compressed air enters the inlet end of tower A and flows through the molecular sieve to the outlet end, N2 is absorbed by it, and the product oxygen flows out from the outlet end of the adsorption tower. After A period of time, the molecular sieve adsorption in tower A saturated. At this time, A tower automatically stop adsorption, compressed air into B tower for nitrogen absorption and oxygen production, and A tower molecular sieve regeneration. Regeneration of the molecular sieve is achieved by rapidly lowering the adsorption column to atmospheric pressure to remove adsorbed N2. Two towers alternately adsorption and regeneration, complete oxygen and nitrogen separation, continuous oxygen output. The above processes are controlled by programmable logic controller (PLC). When the oxygen purity size of the outlet end is set, the PLC program will be used to open the automatic vent valve and automatically vent the unqualified oxygen to ensure that the unqualified oxygen does not flow to the gas point. The noise is less than 75dBA when the gas is vented by silencer.

4. Oxygen buffer tank
The oxygen buffer tank is used to balance the pressure and purity of oxygen separated from the nitrogen and oxygen separation system to ensure a stable continuous supply of oxygen. At the same time, after the adsorption tower work switch, it will be part of its own gas back to the adsorption tower, on the one hand to help the adsorption tower to boost the pressure, but also play a role in protecting the bed, in the process of equipment work plays a verPSA oxygen generator is based on the pressure swing adsorption principle, the use of high-quality zeolite molecular sieve as adsorbent, under a certain pressure, from the air to make oxygen. After purification and drying compressed air, pressure adsorption and decompression desorption are carried out in the adsorber. Due to the aerodynamic effect, the diffusion rate of nitrogen in the pores of zeolite molecular sieve is much higher than that of oxygen. Nitrogen is preferentially adsorbed by zeolite molecular sieve, and oxygen is enriched in the gas phase to form finished oxygen. After decompression to atmospheric pressure, adsorbent desorbed nitrogen and other impurities, to achieve regeneration. In general, two adsorption towers are set up in the system, one tower adsorption oxygen production, the other tower desorption regeneration, through the PLC program controller control pneumatic valve opening and closing, so that the two towers alternate circulation, in order to achieve the purpose of continuous production of high-quality oxygen. The whole system consists of the following components: compressed air purification assembly, air storage tank, oxygen and nitrogen separation device, oxygen buffer tank; For filling cylinders, oxygen supercharger and bottle filling device are installed at the end.y important process auxiliary role. 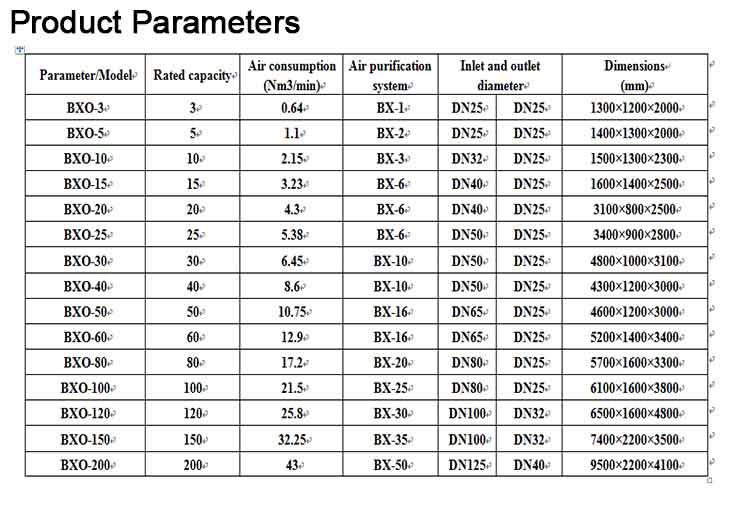 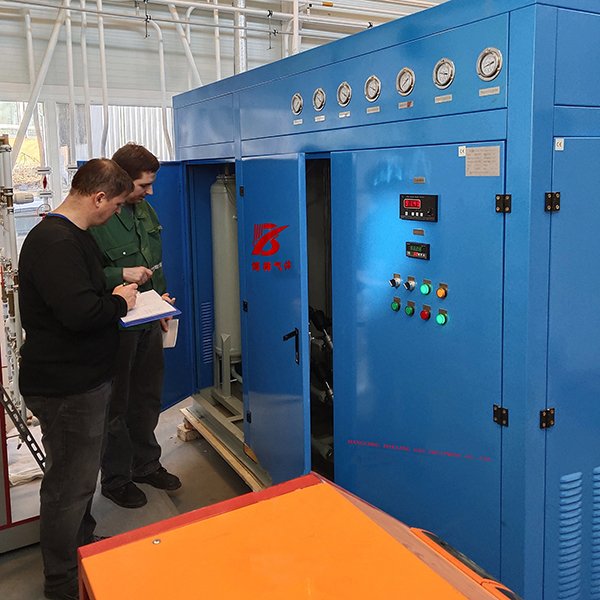 Delivery Details: within 30-50days after confirming the order

- It is an advanced technology with less investment.
- The quality is reliable and both the O2 purity and quantity are stable.
- The unit is supplied ina skid-mounted manner, which can be transported and installed easily.
- It is full automatic control and no need for operators, easy to start-up and shutdown, simplified and convenient maintenance.
- Our service department is formed by a skilled team of engineers. There are more than 10 of them, whose average age is about 35. We always adhere to the general principle of "good faith, high quality, innovation, and development ", and follow the idea of giving customers the maximum of satisfaction, which laid a good foundation to ensure that the service quality. We obtained loads of compliments for we not only guarantee the service quality, but also the benefits of customers.
- Free warranty for the equipments during the promised period
1. The oxygen generator,1 year warranty, maintenance responding time is less than eight hours.
2. Ancillary equipment ,1 year warranty, maintance responding time is less than 8 hours.
3. Lifelong maintance service in a timely manner, the responding time is less than 8 hours.
4.Provide 24-hour hotline service. 0086-15988536699
5.Return visit every six months (callback or on the spot).
6.Supply accessories in a timely manner, the delivery time is generally 1-7 days.
7.Free repair at the expiry time of warranty